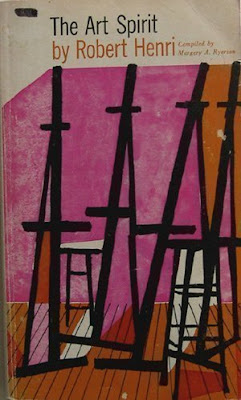 My Associates and I are in the midst of developing a business devoted to Well Being and Collaborative Process in the Arts. We hope to establish the  ART SPIRIT  award as an activity of the Foundation, and as a tribute to the Spirit of artists like my first mentor "Doc" Gene Hemmle and artist/writer Stephen Nacmanovitch who inspire and transform the quality of life and experience... contributing to the QUALIA within our conscious awareness... celebrating how Qualia is a transformative presence that we share with the world.But the energy behind this quest came from my first mentor, Gene Hemmle, who was the founder of the Music School at Texas Tech, whom we all knew affectionately as "Doc."  He had a brilliant career in New York City as a dancer and singer on Broadway, and as a founding member of the Robert Shaw Chorale. He was invited by this emerging new University, Texas Tech to come to create a music department that quickly grew into a school. Although I had my eyes on Julliard, Doc convinced me to give Texas Tech a try. As a promotion, he had used the students of his new department to stage a stunning musical revue that toured Texas as a vehicle to recreate new students. It was like a Broadway production.
The show played in my hometown, Amarillo, and Doc Hemmle had invited me backstage after the show. As I saw him backstage, he put his arm around me and said "Johnny... you don't want to go to Julliard... you'll be there with thousands of students and no one will really know who you are... but come to Tech and you'll compose for the ensembles, you'll write and stage your shows... "  and after seeing the show he had just produced, I was hooked... and what followed were some of the most productive years of my career. What a laboratory for creating and performing!
One day, I walked into the lobby of the music building and I saw Doc Hemmle reading a book titled The Art Spirit.  He looked up from the book and saw me. "Have you read this?" He held up the book so I could see, and I said I hadn't read it. He closed the book and handed it to me.
"Here take it... it's yours." He continued, "You may think it's about painting... but it is just as much about music." Just like that. Doc Hemmle opened worlds for me. Many times he would be reading, and if I hadn't read the book... he would just hand it to me...even though it often contained his marginal notes and underlinings. I remember getting Stravinsky's Poetics of Music in the same manner.
In my years at NYU, I often would give books to students, as a tribute to honor how Doc's sharing of books (that meant a lot to him) deeply affected my life. 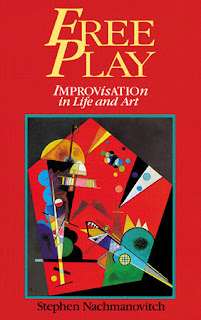 Then when I revived the EXPANDED MUSIC course that had been the first course I taught in 1960 when I began teaching at NYU, I decided I would continue Doc Hemmle's tradition by giving the text for the class, FREE PLAY by Stephen Nachmanovitch, as a gift to the students.  In addition, each student received a different book of poetry that I would pick up from the Poetry Bin at Mercer Street Books.
Each Expanded Music class explored improvisation and collaboration and posted their discoveries and exchanges on FaceBook. So each semester had a different posting. This process was dynamic and inspiring, as Facebook became a dynamic unfolding of a creative syllabus of ideas and experiences. But now I don't know how to extract that richness... or if it even still exists.
In the final year of Expanded Music, during the production of BEING, we achieved a special level of creative collaboration. It was during this time that I began to perceive that the ART SPIRIT should become an award, for unique contributions to creative and collaborative process and activity. In fact during that time Stephen Nachmanovich was named the ART SPIRIT of the year.

My Associates and I are in the midst of developing a business devoted to   Well Being and Collaborative Process in the Arts. We hope to ...